After 17 days in a row without having to go to the office during the Christmas and New Year’s holidays I learned that I don’t “vacation” well. For most of those days, I spent my time catching up on random projects that have been outstanding on my To Do List for the last several months. However, those projects were not the most pressing items that I should have been addressing. Some of the more immediate demands on my time that I should have addressed included preparing materials for the two classes I’m teaching at the local college this spring semester, completing my annual performance review of my work during the last year at my company, updating my accounting software with the two small businesses that I own, etc.

Instead of hitting on those items, I focused on rest and relaxation – almost to an extreme. In fact, early in my vacation there were some days that I didn’t roll out of bed until after 12 o’clock noon. Talk about a waste of a day!

One of the most disappointing parts of my vacation, though, was that I didn’t reach the point of renewal and energy growth that I reached several years ago when I took a similarly long hiatus from the office. During that prior vacation, I distinctly remember some time around the 13th or 14th day that I was out of the office I began to truly feel relaxed. I was on a great sleeping schedule, I was active during the day, I was active during the night, and things were going so well that I actually felt relaxed enough to have my metaphorical batteries feel recharged. When that vacation ended, I remember going back into the office like a ball of fire. Even the commute didn’t bother me after that vacation! Okay, well the commute not bothering me was short-lived for sure, but I was still charged up and ready to go after that staycation.

In addition to using my vacation to take care of many of the long-term items on my To Do List, I believe that one of the reasons why I was not able to achieve that zen-like relaxation was because I – again – opted for a staycation versus a true vacation. So in the future, I’m going to actually consider going on a real vacation when I take time off from the office. In fact, if you don’t count the different places that I travel to for work or the fraternity, then the last time I was truly on vacation was a trip to Orlando with my family when I was in sixth grade. And if I’m not mistaken, that would have been during the 1992 – 1993 academic year.

For years now, my older brother has been asking me to consider going on a cruise with the entire family. That might be an option to consider in the coming year. Also, I’ve wanted to visit the true northeast of the United States since I was young – to check out Vermont and New Hampshire during the fall months and see the rolling forests change color. That might be fun for a weekend trip. And I have to admit – I did have a good time when I visited both New Orleans and San Antonio for fraternity events. They would both be great places to visit during a regular vacation where I’m just getting away to get away.

Anyway, that’s what I learned after spending 17 days out of the office during the Christmas and New Year’s Eve season.

Last week, Governor Chris Christie told everyone to “get the hell off the beach” in Asbury Park. Well, this weekend the Governor wants everyone to get the hell back on the beach all over the Jersey Shore! Since I was already on a staycation for the last week, I decided that I would contribute a little bit to the local shore economy in my area of the state and spend some quality time on the Asbury Park beach and boardwalk. So… the pictures and video below are from my trip to the beach this past Wednesday afternoon. It was great – very quiet and very relaxing (I got to the beach before the tourists). 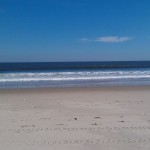 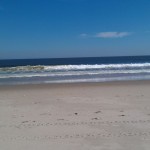 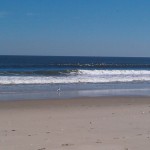 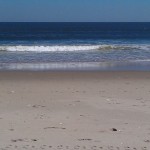 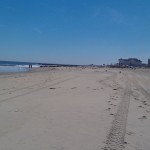 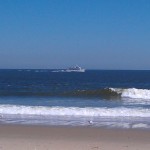 A little bit of boating on a nice day 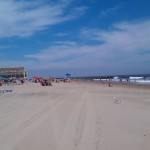 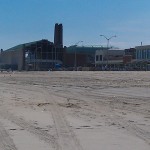 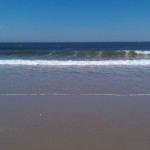 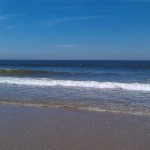 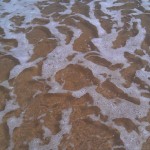 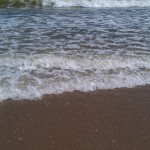 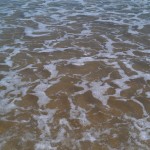 Actually, it looks pretty relaxing and feels good on your feet 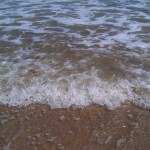 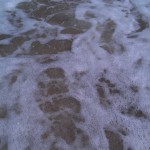 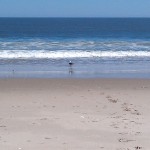 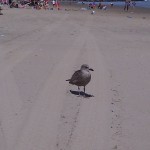 The little guy crept up pretty close to me 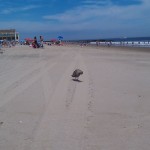 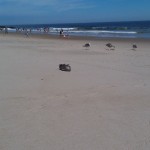 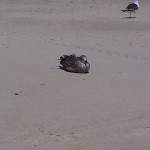 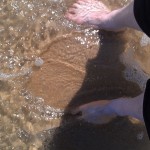 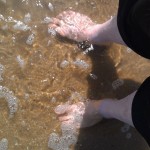 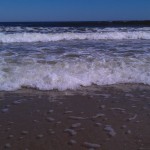 I was standing in that… 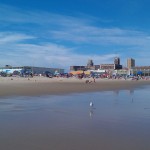 View of the people on the beach from the ocean

And here’s a nice, relaxing video of the waves crashing onto the beach while I was relaxing in Asbury Park.

Nothing like a nice, relaxing day on the beach. It was great.

Good morning, everyone! No major update today like I had last night, but rather I just thought that I’d note that I’m in the middle of another staycation. When I was preparing for this staycation last week, I wrote down a bunch of items on my “to do” list and I think I’ve been hitting them in a pretty decent manner. For example, take a look at what I managed to do in bedroom a few days ago…

Not bad, huh? I managed to mount my television on the wall in about 30 minutes (might have been more like 40 minutes, but I wasn’t keeping track). Anyway, I was pretty impressed with myself for managed to actually make this work! In truth, I should have mounted the television earlier in my stay at my current apartment, but who knew that I would wind up staying in this place for four years (at least four years – which takes me through my current lease)? No worries, though. Now that I know this wall mount thing is so easy to install, I’ll be putting this thing up in my new place as soon as I move in (whenever that may be – who knows?).

So that’s one item on the “to do” list down and about 30 or so items left to go. That might sound like a lot of stuff to do, but it’ll be a big relief once all of these random things are finally done and completed. Is there a better feeling than getting a bunch of random “to do” items off of your back while still being able to relax and enjoy yourself for some 11 days away from the office? I don’t think so!

Today is the last day in another one of these staycations and I’m pretty exhausted. Here’s a brief rundown of what I managed to accomplish on this staycation and some discussion around each one of these points. I’m also going to talk, briefly, about those things that I was not able to accomplish this time around that I’ll have to fit into some more time off coming in the near future.

Unfortunately, though, I was not able to accomplish all of the things that I planned on accomplishing during this staycation. For example, I wanted to renovate the syllabus for the class that I designed and taught for the first time last spring; just didn’t have the time to do that in the past week. Also, I wanted to finish up at least three of the books that I’m in the middle of reading at the moment – didn’t even pick up any of the books that I’m reading (too busy running around the state). With respect to JerseySmarts.com, I have some material that was sent in from some young writers and musicians that I wanted to review during the last week, but I’m going to have to push that off for another 10 – 14 days. And as for Usable Web Solutions, LLC, there were two major projects that I wanted to complete during the last week and I didn’t have a chance to start on either one of them.

But all of that is okay – I’m ready to get back to work and focus on hitting a couple of home runs in the office before the end of my company’s fiscal year on September 30, 2010! As for the rest of today, though, I’m heading over to a former roommate’s house to watch some football!

Today is the first day of a brief summer staycation that I decided to take from my office. My original intent in taking these days off was to head to a North American Interfraternity Conference Foundation convention in Indianapolis, Indiana. However, it turns out that my presence at that convention was not needed so I opted to keep the time off and enjoy some rest and relaxation.

You know, when I take time off from work I have to use my vacation days. Yet, most of the times when I use those days I’m actually not “vacating” anything. In fact, most of the time I’m doing some type of volunteer work for the Sigma Pi Educational Foundation.

Now that I actually have a few days off, I’m thinking about heading to the beach. Believe it or not, for the last ten years I’ve lived a few minutes from the Atlantic Ocean on the beautiful Jersey Shore and yet I’ve probably been to the beach less than ten times in these ten years. It’s bizarre, really. In addition to the beach, I plan on going to the movies and seeing whatever’s big right now (maybe Toy Story 3 is still playing? What’s good?) and probably sitting out in the backyard of the townhouse and doing a little sunbathing.