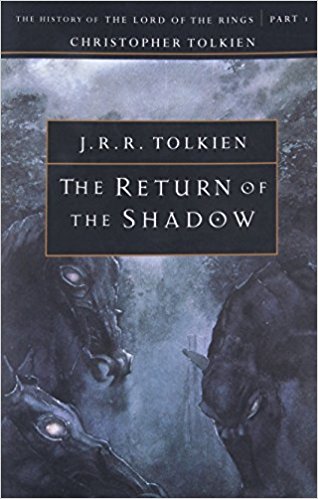 Much credit should be given to Christopher Tolkien, the son of legendary fantasy author J.R.R. Tolkien. Not only must it be hard to carry that name after the wildly successful Lord of the Rings movies that earned a fantasy movie the Academy Award for Best Picture for the first time in history, but the legacy that comes with the name means that one must be a master of his father’s material. To this end, Christopher has become the world’s foremost expert on Middle-Earth – the mythical land of elves, dwarves, hobbits, and men that his father used as a setting for his major works.

Though the most popular of these works was the Lords of the Rings trilogy and Bilbo Baggins’ tale in The Hobbit, the elder Tolkien also began writing other stories concerning the peoples and histories of Middle-Earth. Some of these stories have been published as The Silmarillion while others were either in The Book of Lost Tales or Unfinished Stories. As these books entered into circulation, Tolkien fans always craved more and fuller stories. Thanks to the hard work of Christopher Tolkien, The Children of Hurin is the first new Tolkien story published since his death.

To be clear, this is a complete, 259-page story and not a lost tale or unfinished item. Christopher does a great job of telling the reader how he was able to put together the new story from his father’s notes and letters, so you can read that when you purchase the book. I, for one, was pleased with the story in the book. Before reading it, one has to understand that this is a book that was, in fact, pieced together by notes and large swatches of unfinished parts of the tale. Christopher does a masterful job of putting together a full flowing story from these materials.

Hurin, one of the great heroes of men, is essentially captured by the Dark Lord and forced to watch the destruction of his family from on top of the his fortress. The title of the book refers mainly to Turin, who is Hurin’s son, and his rise from a boy to a fierce and intelligent warrior. Nienor, Hurin’s daughter, also plays a very important dually motivated role in the book as her fate is intertwined with her brother. As the Dark Lord put Hurin on top of his fortress, he cursed his entire family – a curse which is easy to see throughout the entire book and comes to an emotional end in the last paragraph or two of the story.

The writing style isn’t easily critiqued given that Tolkien did not have a chance to proofread his manuscript before putting it out for mass consumption. However, the story does flow and there are few, if any, breaks in the storyline. One thing that the reader should be ready for is the speaking style of the characters. Many of the characters speak in a foretelling tone and what they predict generally comes true. So as you read, you’re finding out what will happen in the next paragraph or the next chapter throughout the entire book. It’s not really a distraction if you’re a Tolkien fan, but it may take some getting used to for new readers.

I obviously give this book my highest recommendation. Not only am I a Tolkien fan, but I am one of the fans who have been craving something more since I finished reading the Lord of the Rings (a trilogy which I usually read annually). So, if you’re looking for a good read regarding the early history of Middle-Earth, the The Children of Hurin is for you.