As the Jersey Shore and all of New Jersey continue to assess the damage from the biggest natural disaster to hit this part of the country in our history, I thought I would take this opportunity to provide you with some photos and videos of the storm beginning to hit the shore. The video below is of Pier Village in Long Branch approximately a day and a half before Hurricane Sandy hit.

The video below was taken much later – only a few hours before Hurricane Sandy hit the Asbury Park Boardwalk. Notice how the Atlantic Ocean begins to actually hit the boardwalk in this video.

And, of course, there is the image gallery. The captions below are short and sweet, but they should indicate where the picture was taken and what it’s showing you. Take a look – it was an intense storm. 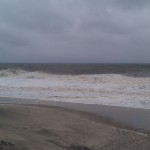 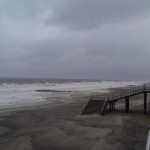 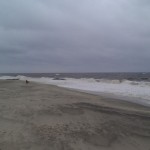 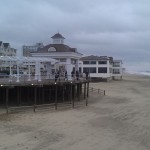 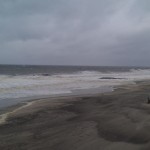 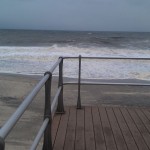 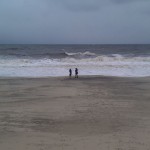 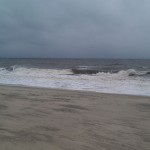 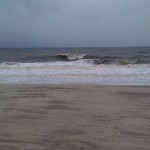 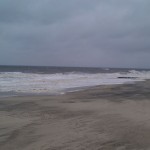 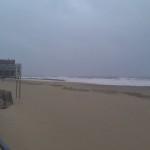 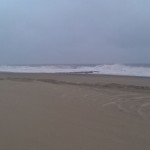 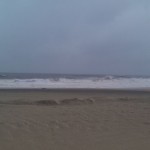 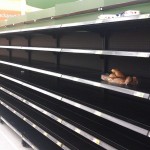 The bread aisle at the Neptune Walmart 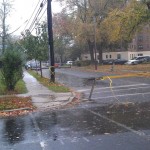 Power line down off Asbury Avenue in Asbury Park 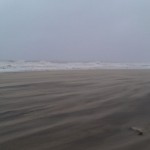 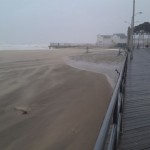 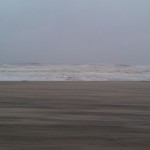 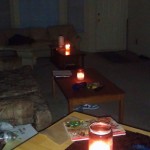 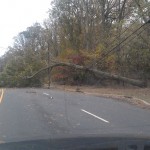 Massive tree down on Shafto Road in Eatontown

And that’s some before and after of Hurricane Sandy in the Northern Jersey Shore area of Monmouth County. It’ll take a lot of time to rebuild and get things back to normal, but we’re from New Jersey – we love a challenge!

Two weeks ago I was walking through the new Best Buy in Eatontown. It’s a really nice store and utilizes the space from the old PathMark really well. If you live in the area you should definitely check it out. As I was walking through the store on its opening day, I noticed that there was a stage getting set up in the back of the retail floor. Eventually, I wound up in that part of the store and it just so happened that a band was setting up to perform. I thought that was kind of cool – you know, a live band in the store and all.

Well, it turns out that I don’t like live bands in stores because it gets really loud, really quick! Yet, as I was browsing around the store and the band was playing, I really began to enjoy the music. In fact, at one point I found myself trying to figure out if there were any posters or signs indicating the band’s name because I wanted to look them up and see what the deal was with these guys.

After I left the store, some of the music that the band was singing was stuck in my head. When I got home I Googled some of their lyrics and found out that the band was named Cartel – a group that had some notoriety with some big time hits in the last few years and who had been on some MTV show. After finding that out, I was pretty impressed that a band with a national audience and a clear abundance of talent was playing in the local Best Buy. That’s pretty cool.

After doing some YouTubing to hear some more of the band’s songs, I wound up downloading their new album, Cycles, and I’m glad that I did because it is a great album. First things first with this album – there is something to be said for the lost art of track planning on an album. It used to be that you could pop in an album and listen to the whole thing without coming across a bad song or a poorly produced song. In recent years, I think that art has gone to the wayside and been replaced with poorly produced songs or songs that are essentially “filler” in between the commercial hits.

Cartel’s Cycles doesn’t have that problem at all. It was very enjoyable to listen to the entire album all the way through. In fact, the first four songs are very upbeat in their tempo with lyrics that are easy to understand and performances that are crystal clear and fun for the listener.

Granted, the style of Cartel’s music isn’t for everyone; I understand that people have different tastes. I have a wide variety of tastes, too. Cartel’s style can be defined as part alternative rock and part power pop (I don’t really know what power pop is, but that’s what the interwebs call this style). Take a listen to one of the songs from the album below and I think you’ll get at what type of music these guys sing.

While I enjoy all of the songs on this album, my favorite songs are the first four – Let’s Go, The Perfect Mistake, Faster Ride, and Deep South. In fact, I liked these songs so much that I went and got the two other albums that this band has put out and there’s pretty good, too.

This album, much like Owl City’s Ocean Eyes, are fun for me to listen to while I do web design and while I’m working on my computer for other reasons. Anyway, listen to that song embedded above and maybe some of their other stuff on YouTube and I’m sure that you’ll begin to like their stuff. Cycles by Cartel gets a high recommendation from JerseySmarts.com and yours truly. Check it out!