If you live on the northern Jersey Shore, then you know that last night a gigantic storm dumped a butt load of snow all over the place! Take a look at the pictures below to see what the accumulations looked like around 10:00pm in the Fox Chase development in Tinton Falls. It’s about time we got some snow! 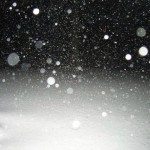 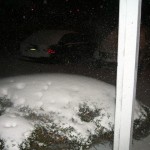 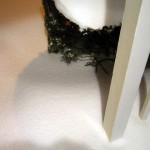 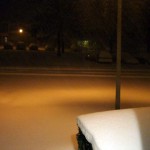 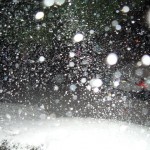 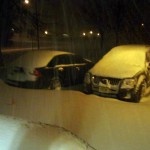 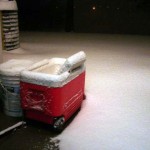 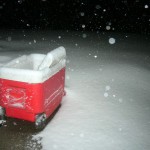 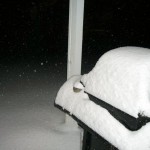 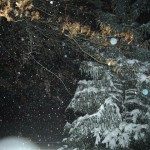 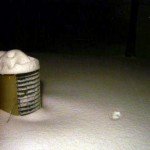 If you’re living in the Garden State and especially near the shore, then I bet that you heard about all of the warnings and beach closings for this weekend. It seems that the tail end of Hurricane Bill is getting ready to smack portions of the New England area and we’re in its path.

This has got to be a big pain in the ass to those businesses that are located along the Jersey Shore in those areas that are heavy tourist areas. With beaches closed and the rain coming down, nobody is going to want to come down to the shore this weekend. Of course, I hope that we miss the majority of the downpour so that some of these businesses can make some money (Lord knows that they need the revenue), however, I don’t think that we’ll be able to avoid getting washed out this weekend.

No matter what, though, be sure that you’re safe and out of harm’s way if/when the rain starts coming down. Even the tail end of hurricanes can pack some powerful punches.

Busy weekend coming up. Earlier this morning I went for my first weekly harvest at the Merrick Farm in Farmingdale. Granted, the farm isn’t quite ready to have its shareholders come in and harvest the produce. However, because I was one of the earlier folks to sign up and pay for my produce, I was allowed to go in and get some strawberries and asparagus. I hope to have some pictures available to show you guys this week.

Then I had to run and do some last minute errands like paying the rent and heading to the bank before I head off to my co-worker’s house for a BBQ today. And what a beautiful day it is for a BBQ! Seriously, the rest of you who aren’t located on the Jersey Shore would be jealous to see how beautiful it is along the coast today.

From the BBQ I’ll be heading north to my family’s house in Roxbury so I can see my Grandmother and Aunt who are visiting from Pennsylvania. I haven’t seen them in a while so I look forward to spending some time with them. And the reason that they’re visiting is because my cousin is getting married tomorrow!

So tomorrow I’ll be spending all day doing wedding and family stuff. Looking forward to it. Hey – it’s supposed to be a wonderful weekend in terms of the weather so go out there and enjoy it!

One of the greatest things about living in New Jersey is that the entire state gets into a frenzy whenever there is even the slightest chance that there might be snow in the forecast. Yesterday, all of the major news channels were talking about how Central and Northern New Jersey were going to be blasted with snow. The reports even called for upwards of 5 or 6 inches of snow in Monmouth County where the snow accumulation is minimal at best.

Well, in preparation for the pending snowstorm most of my co-workers and I decided not to go to work today no matter what the weather. This was actually a decent decision since I woke up around 5:30am to check outside and we had about 4 inches of snow and absolutely no trucks on the road clearing for the morning commute. I think that the entire state figured that it needed a snow day and thus the truck drivers were given some extra time to sleep in while the snow accumulated. I should note, though, that as I’m writing this I’m looking outside of my window and the roads are completely cleared in my part of Tinton Falls and there is actually some traffic moving around outside.

The one thing that annoyed the hell out of me this morning was the local college where I teach part-time. I’m signed up for their emergency alert system which is very helpful when the college shuts down due to inclement weather. However, someone must have been going crazy over there this morning because I got two phone calls on my home line, two phone calls on my cell, two text messages, two e-mails on my work e-mail, and two e-mails on my home e-mail. I thought that was a bit overboard for 5:45am so I took myself off of their notification lists.

For those of you who are either off today because of the weather or working from home – enjoy it!