Moments ago, radio legend and media personality Howard Stern announced that he’s staying with Sirius XM for another five years. Like he normally does with big announcements, Stern drew out this announcement over a 45 minute period. He’s currently on the air talking about his schedule for the next five years and he says that, initially, he’ll be keeping the 6am through 10am time slot, four days each week. He also announced that his new contract allows him to be available via the various Sirius XM apps for iPhone and BlackBerry, which was important to him. 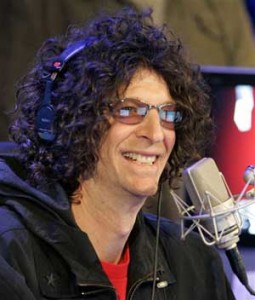 Stern announced that while he has signed a deal with Sirius XM, his staff hasn’t signed new contracts yet. Robin Quivers specifically stated that she’s not signed to a new contract and that her deal expires at the end of December. Of course, one would have to assume that if Stern was able to sign a new contract with the company, then the rest of his gang would be able to sign follow-on deals.

The interwebs are going to be exploding with news about Stern’s contract so if you’re a Stern fan, then I suggest logging on to the internet every few hours to see what the latest update is with this process. This is a pretty big media deal and I expect that it will generate announcements all over the entertainment world, too. Stern’s show has been one of the big drivers of original, entertaining content since he moved to Sirius XM and Stern made it sound like the folks at Sirius XM liked what his show had become and want it to stay that way.

And Lord knows the folks at Sirius XM have to be breathing a sigh of relief after they signed their biggest name to another five year contract!

As a subscriber to Sirius XM, and now that this announcement has been made, I plan on renewing my subscription when it comes due in February 2011.