Last week’s Start the Weekend Right Link Series featured many articles that I bookmarked way back in 2011. This week, I am posting some links to some more recent articles. In fact, most of these articles are from the last month or two. I hope that you enjoy reading them!

As always, though, before we get to this week’s links I again want to strongly recommend signing up for a free Feedly account. I get absolutely no kickback for promoting Feedly, but I am so appreciative of their product being the best RSS reader on the internet and I encourage everyone to use it. If you are using another RSS aggregator, please consider following JerseySmarts.com at http://www.jerseysmarts.com/feed/. If you are already on Feedly, then you can follow us by clicking here. Thanks!

Hulk Hogan v. Gawker (Marc Randazza Legal Analysis), Danger & Play
One of the biggest stories in media right now is Hulk Hogan’s victory in court against Gawker Media. Gawker has several websites – none of which have a shred of journalistic integrity. These websites do all that they can to destroy and damage people just for the sake of clicks and pageviews. They epitomize everything that is wrong with what people think the media is today. Gawker should not be categorized as a media source – they are barely worth mentioning as a tabloid. This link will take you to a great, quick set of bullet points outlining how badly Hogan beat Gawker in court. In addition, there is a video of the author speaking with a free speech lawyer about the verdict.

Is Rice Healthy For Me? Does White vs Brown Rice Matter?, Nerd Fitness
While the end result of this very astute investigation is, “it depends,” I strongly encourage you to read this article if you are a rice eating person like me. For my part, I have always been one of those people who does not automatically default to the brown version of everything (e.g. selecting whole wheat over white versions of products). This article made me realize that given the frequency with which I eat rice, I really should be eating brown rice instead of white rice. There is a lot of great information in this piece and I think you will enjoy reading it.

When You Find Out a Coworker Makes More Money than You Do, Harvard Business Review
There are some realities that most people have to recognize, face, and accept. One of those realities is that if you work for someone else, then you are not the highest paid person in the company. Period. And while my short example accentuates the differences between bosses and employees, this article provides some strategies on how to approach a different situation. Namely, the situation that occurs when you find out that a coworker (someone who you might consider an equal or even a subordinate) is making more money that you at your company. I am a big believer in not worrying about what other people are making and, instead, focusing on achieving your own success. I am also a believer in working outside jobs and starting your own company (or companies, if you have the time and inclination) to augment your salary. Ideally, that outside work will eventually supersede your salary and allow you to break free from working for someone else.

Coleco Pulls Out Of Faltering Chameleon Console (RetroVGS) Project, Retro Collect
I have always been fascinated at the moving and changing of the video game industry. Watching the ebbs and flows of video game companies, their gambles, and their successes has not only been a fun observation for me, but it also helped me make a few bucks off of those companies when I was more actively involved in the stock market. One of the most intriguing observations that I have about the industry today is the influence that retro gaming is having on the current market. There are a lot of people who are actively seeking a way to reject the big gaming companies and return to a time of cartridge-based gaming. To that end, RetroVGS started a crowd-funding campaign to start such a system. That campaign ultimately failed, but then legacy video game company Coleco came in to take up the mantle of the project… until they pulled out of the entire thing earlier this month.

The Beginner’s Guide to Meditation and Why You Need It, Live Limitless
This is not a short article by any means, but it is packed with information that you might find interesting if you are seeking more knowledge about meditation. Learning more about meditation is a non-priority goal that I have for myself. Specifically, I have been looking for a way to marry the peace that I encounter from my religious beliefs with a full body relaxation technique.

Obesity Changes How People View World: Study, Newsmax
According to the research presented in this article, if you are overweight, then you see the world differently. No, the research does not suggest that you only feel different about the way the world views you, but that you literally see objects as farther away. Interesting stuff.

City’s 1st CO-OP Coming to Asbury Fresh Summer Market, Asbury Park Sun
And in some local news – it looks like there will be a co-op option at the Asbury Park Summer Market this year. Several years ago I joined a community supported agriculture (CSA) farm that was about 15 minutes from my home. The promise of the CSA farm was that if you purchased a share (or, in my case, half a share), then you would be able to go to the farm and pick a certain amount of produce each week. That particular CSA farm worked well during the first year that I was a member, but the next two years were abysmal. Since then, I have been looking for a similar, local option.

The Collapse of Oil IS the Economic Boom, Reason
Another very interesting article about how the pending economic boom that everyone is waiting for is actually here. How is it here, you ask? Well, the precipitous drop in oil prices is something that impacts nearly every American adult. Further, while there have been some layoffs because of the price dropping, there are a lot more people who are experiencing more money in their accounts because they are not paying as much for gas as they were just a few months ago.

How To Make Your Own Rain Barrel Watering System, The Good Human
If I owned the type of home that had a big backyard that I could plant a substantial garden in, I would definitely be into putting something like a rain barrel watering system together. There is no question that I would have several of these barrels in my yard specifically for watering my plants and my garden (which would be packed with tomatoes and basil). Unfortunately, I do not think it is feasible to have something like this on my current backyard patio. Oh well!

Shrinking the White Male—and His Culture, Minding the Campus
As I often mention in these and other posts, young white men are being intellectually attacked on college campuses on a daily basis. This very short article is in that vein, but at a different level of the college campus. In this article, the author looks at language that many of you have seen in job postings about your potential employer embracing diversity and not holding any characteristic against you during the hiring process. The author then applies that language to the reality of the individuals that make up the department to which the job posting refers. The result is interesting, but what really stuck with me was the near-aside that ends the article. That is, that college students are new 60% women and 40% male. Where is the outrage about that inequality?

Have you come across any great articles lately? If so, please share those links in the comments below! And one more time before you go – for those of you who love reading online articles, I strongly recommend considering a free Feedly account. You can follow JerseySmarts.com on Feedly or you can add us to your existing RSS aggregator. Enjoy!

Well, folks. That’s all she wrote! Hurricane Irene has come and gone and, frankly, I wasn’t all that impressed. Of course, we didn’t get hit too hard in Tinton Falls, but I understand that other parts of New Jersey are flooded. Anyway, the pictures below are from yesterday during the mid-morning/afternoon. The first 8 pictures are a view from the Boardwalk in Asbury Park as the hurricane swells started hitting the beach. The second 15 pictures are from Ocean Avenue and Pier Village in Long Branch. There are 2 additional pictures at the bottom of this entry, so be sure to scroll down all of the way! 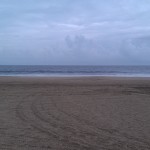 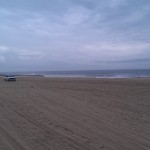 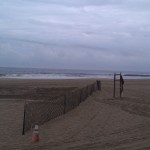 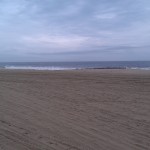 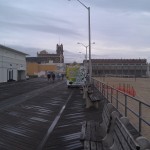 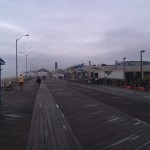 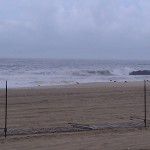 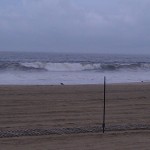 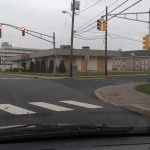 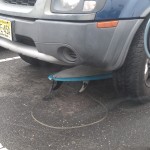 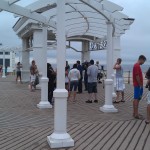 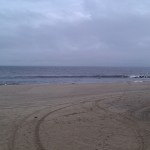 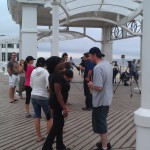 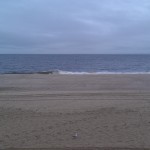 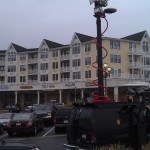 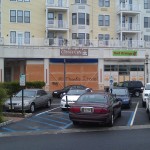 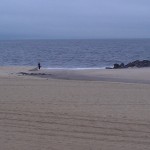 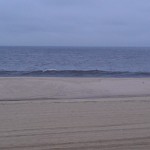 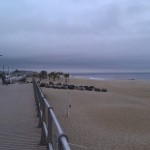 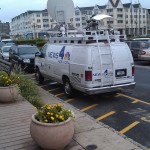 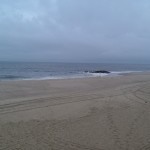 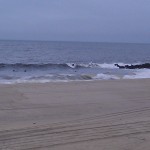 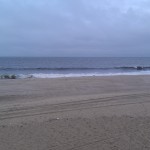 And the two pictures below were sent in by my Mom up in the Lake Rogerene section of Mount Arlington. As you can see, one of the big trees in front of the lake was uprooted and portions of Orben Drive are totally under water. 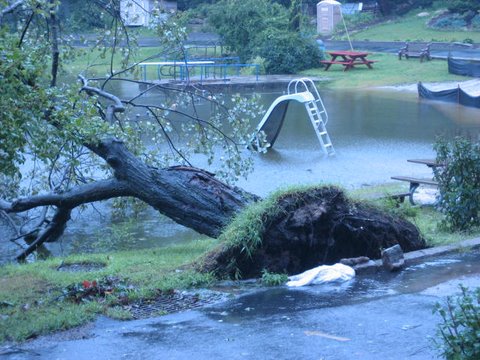 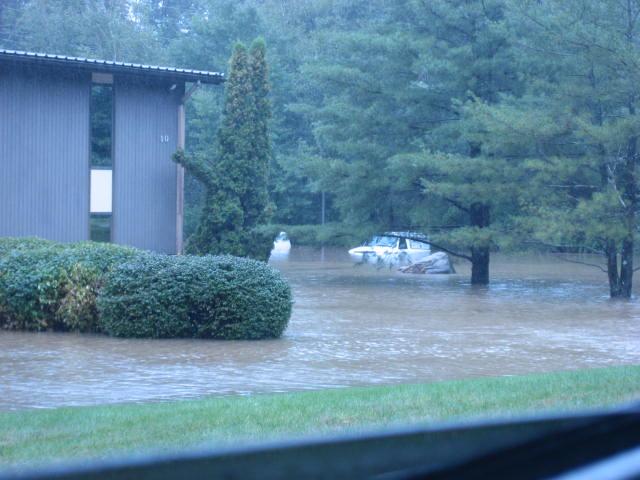 Finally, Kevin Brown has been removed as a squatter at 162 Broadway in Long Branch! The Asbury Park Press ran a story today talking about how the City of Long Branch has taken over the property. My favorite part of the story is below:

Jones said that after touring 162 Broadway, he came to a certain conclusion: If there was no redevelopment there, the city still would have condemned the building and demolished it, as an unsafe structure.

A portion of the ground floor, which had been home to a commercial tenant until late in 2007, was in the best shape, but the rest of the building was suffering from a lack of maintenance, he said. There were holes in the walls, ceiling, roof and windows, which had allowed rain to enter, deteriorating the structure further, and the items and materials that had been stored there were literally moldering where they sat.

Yeah…that’s not “blight” at all! Ha! What was most disturbing about this situation was the way that Brown tried to piggyback on the the MTOTSA folks – people who had a real gripe with eminent domain abuse. But (dare I say this), the legal system actually worked in this process! The MTOTSA organization won their battle against Long Branch (as they should have) and Brown lost his battle (as he should have). There is justice in this system!

For more background on this situation and some interesting comments from guests to this blog, feel free to visit a previous post on the subject.