Two weeks ago I was attending an event at the New Jersey State Museum in Trenton. As I was walking down West State Street to get to the museum I passed by the capital building. Since the mainstream media was blowing up the various “occupy” protests all around the country, I thought that the Occupy Trenton protest would be something to see as I walked by the statehouse. Well, this is what I saw when I went by the capital building: 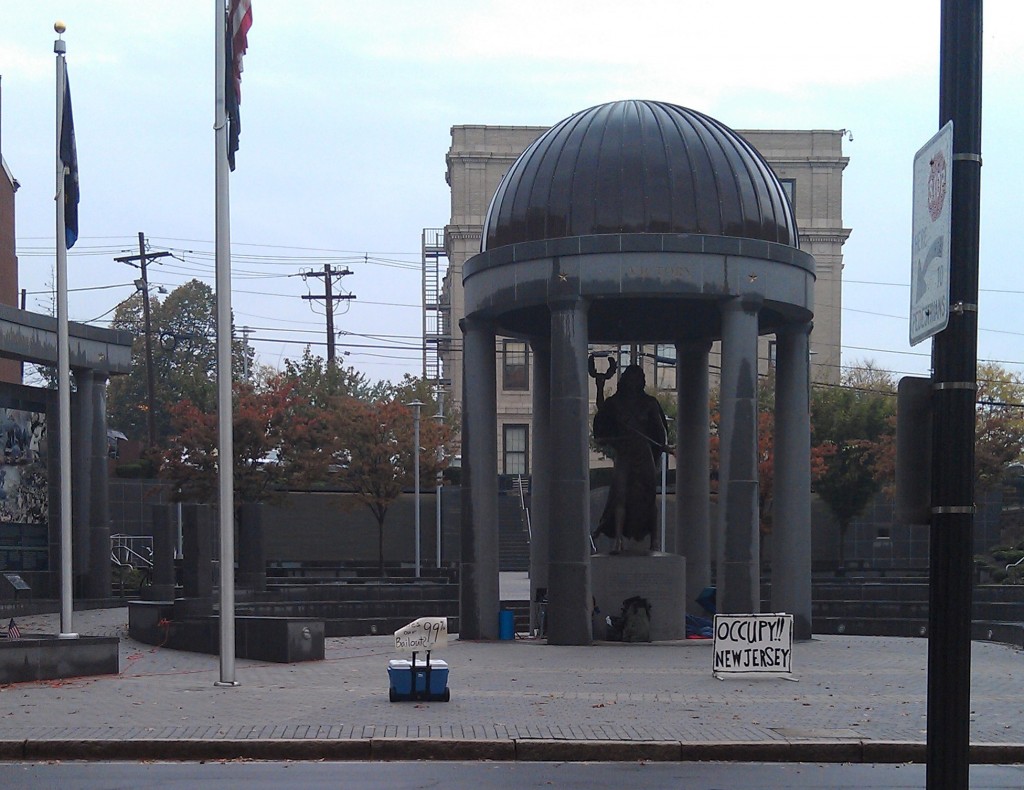 Alright, everyone calm down before we have to call in the National Guard

Can you see them over there? I know it’s a bad picture, but there are four protestors “occupying” Trenton across from the statehouse. Four.

That’s it. That is it. Four protestors.

If there was ever an example of how completely blown out of proportion the mainstream media has made a story, it has to be these various “occupations” around the nation. Sure, there seems to be a solid 6,000 or so that are hunkered down in New York City by Wall Street itself and yeah, it does seem like there is something going on in Oakland. But outside of those two locations, there is absolutely no sustained “occupation” going on anywhere.

And that’s why I think this story has pretty much died down over the last few weeks. Thankfully, someone in the media took a step back from this fabricated frenzy and realized that on any given day there are more people protesting to end abortion than there are people “occupying” various places around the nation.

Four protestors in Trenton. FOUR! There have been protests in Trenton during the last year where tens of thousands of people clogged up every road in and out of the city and they only received a passing glance by the media. Yet, there are four protestors who think that they are “occupying” Trenton and this is written up as part of the mainstream media’s stories?