Since 2001, I’ve lived with different roommates in different rental, living situations. For a few years I lived in my fraternity’s chapter house, for a few years I lived in a smaller setting with, essentially 5 – 6 roommates (across two apartments), and for a few years I’ve lived with 1 – 2 roommates. There are certain things about the rental life that I enjoy like the lower overall cost of living and there are certain aspects that I don’t like (any more). One of the things that irk me the most about rental living is the lack of ownership that my roommates and I have regarding our apartment.

When I write “lack of ownership” what I mean is that owners have a different approach to their living space than renters. Owners want to improve or stabilize their living space in an effort to increase the value of their homes. Renters, on the other hand, by and large don’t care about increasing the value of the property (in some respects, they are against the value of the property increasing because it forces a higher rent on them). What I’ve noticed, though, is that people living in rental situations actually accept a lower standard of living. Let me explain with a visual example.

The picture below is what my rug looks like in the living room of my apartment: 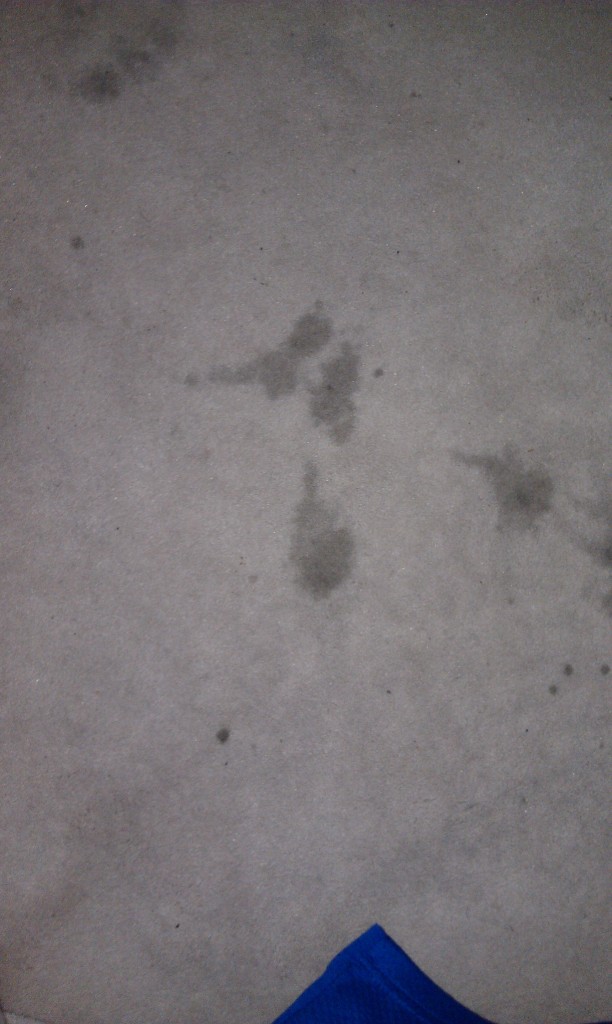 Some spots on the rug before OxiClean

No, that’s not some weird modern art pattern on the rug – that’s filthy dirt and stains. It’s disgusting. It looks like they purchased this rug from a battlefield hospital during the Civil War. It’s gross. Now most folks would look at this and think, “Just clean your rug, Joe. Stop being a pig.” And those people would be morons.

The rugs were like this when my roommates and I moved into this place a few years ago. After a few years of complaining, our landlord paid for the rugs to be professionally cleaned. Like most professional cleanings, the rugs looked amazing when the job was done… and then a few weeks later they attracted an incredible amount of dirt and filth like magnets.

But my roommates and I are trying to take the typical property owner mindset and fight back a little bit. Below is a picture of what the same spot on the rug looks like after we hit it with some OxiClean. 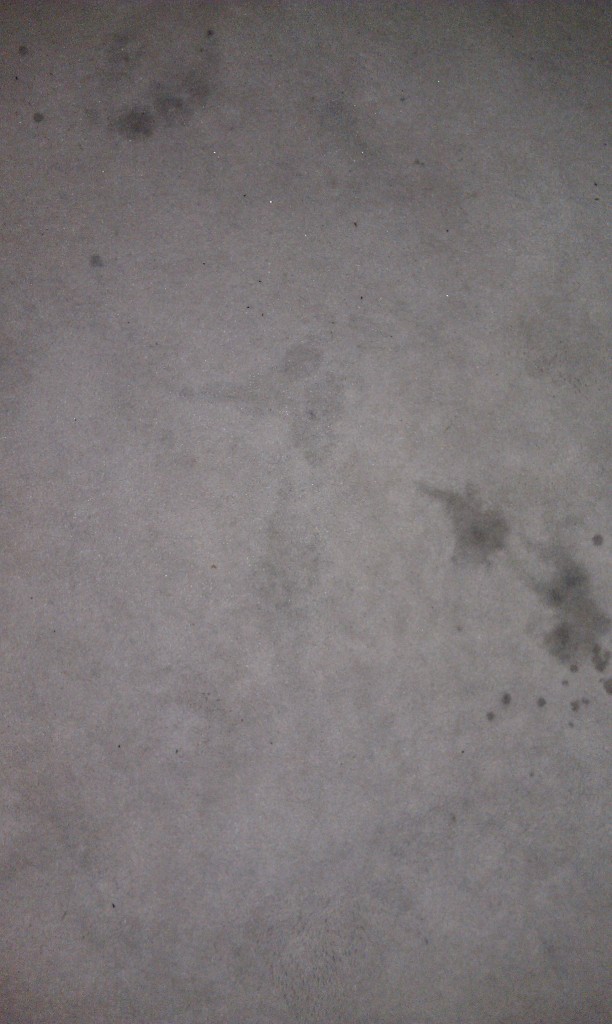 Not too bad, right? Sure, there are dozens of disgusting stains all over the rug, but hitting them with OxiClean and getting this result is a good use of our time because it improves the feel of the living room. Who knows? Maybe after two or three applications of this stuff the stains will actually be gone.

Note: The pictures above were taken over a month and a half ago and the stain is still gone. I’m beginning to think that OxiClean can actually clean the rug and keep it clean for good. That would be a nice change from the “professional cleaner” that the landlord spent several hundred bucks on last summer.

At some point in January, the Asbury Park Press reported that the citizens of Oceanport in Monmouth County have a big problem. It seems that their Town Council was forced to do a revaluation of the township’s properties during the height of the real estate bubble. The end results? Read below…

Now, Councilman Gerald Briscione is looking into ways to relieve borough property owners. “We did the revaluation at the top of the market, but we were forced to,” said Briscione, noting that the state orders such measures and the county Board of Taxation enforces it.

Briscione said he did an analysis of property sales from November 2008 through the middle of January, and found the overwhelming majority of properties listed for sale were now assessed at 163 percent of market value.

During a time when people are looking for immediate tax relief and “change,” is there a better way to deliver it than at the local level? Coucilman Briscione understands what his constituents have to deal with better than anyone at the national or even state levels of government, so why not undertake immediate change right now? The article went on to talk about how the township is considering holding off on revaluing the properties until this summer to see if the real estate market stabilizes.

This represents a fundamental misunderstanding of what the problem is with the real estate market in the first place! The market was in a bubble because prices were inflated – dramatically inflated. Apparently values were inflated some 63% in Oceanport, but the percentages vary around the nation. Due to this inflation, many people woke up one morning to the harsh reality that the home they live in is NOT worth what they were led to believe. In other words, even if the market stabilizes, the value of these properties is not going to shoot up 63%!

The best path forward in Oceanport is to do the revaluations and put this issue to bed. If that doesn’t happen, then I have to imagine that there will be a flood of tax appeals coming in the near future.