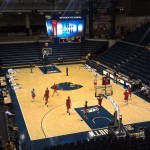 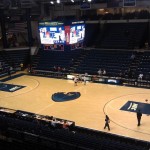 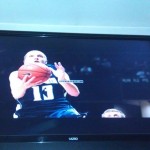 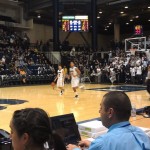 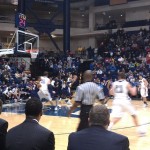 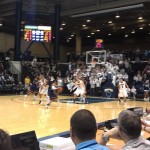 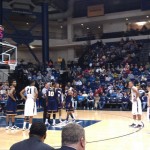 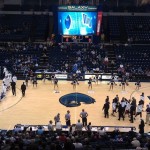 A group of friends and I have season tickets to the Monmouth Hawks basketball games. Sometimes going to the games is a lot of fun and sometimes going to the games is a bit of a chore. Last week, Monmouth played against Rider University’s Broncs in only their second home game of the season and it was one of those games that was a chore to watch. There were a few reasons that the game just wasn’t that good (for the players or the fans), but I think the quote below sums up what the problem was the other night – the kids went home for break early. In fact, at one point I turned to my buddy and said, “It looks like the team already went home for Christmas break.” Here is what head coach King Rice and leading scorer Ed Waite had to say after the game:

According to Rice the Hawks (2-10) had departed for the holidays prior to tip off.

“Our players already left, they weren’t here tonight,” Rice said. “They were already gone on break.”

Special thanks to The Hawks Nest blog on the Asbury Park Press website for the quotes. Coach Rice and Waite hit the nail on the head – those kids just weren’t into the game the other night. If you haven’t already, I suggest reading through the article that is linked to The Hawks Nest because in the comments section there is some discussion about how the pre-conference schedule might have impacted the players.

In short, these guys must be worn out.

Not only have they already played some 12 games, but they played against a high level of competition for the Monmouth program. In their pre-conference schedule alone, Monmouth played (and was beaten by) the following teams: Villanova, Virginia Tech, George Mason, Albany, Brown, Vanderbilt, Navy, and Rutgers. That’s some pretty stiff competition for a program that is coming out of a stifling stagnation from the last few years.

Most former athletes and sports types will tell you that you only get better by playing against better competition, but there’s only a little bit of truth in that statement. A team gets “better” by playing against better competition when one of two things happens. First, it raises the consistency and performance of the players to a higher level. Second, it elevates the program in the national perspective and allows them to bring in higher level recruits. There’s no way for us to know whether the latter has happened yet, but given the poor performance against Rider one might be able to argue that the former isn’t happening (yet). 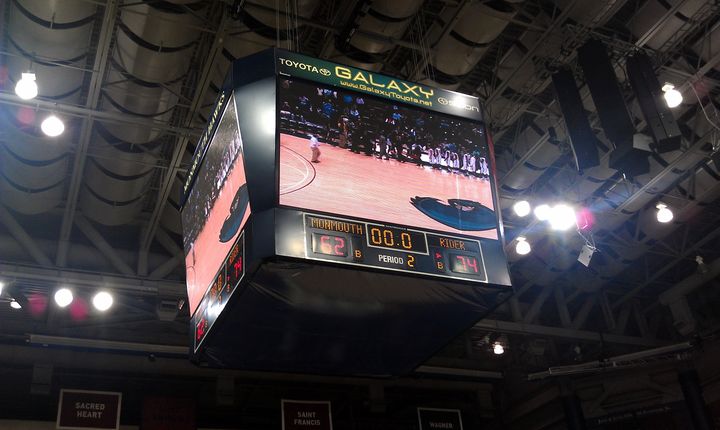 In fact, one might say that there is something about being consistently beaten by higher level competition that actually has a detracting effect on lower level teams. I guess we’ll have to see how the Hawks perform in the Northeast Conference before making that final determination.

And yet still, I think there is a lot of potential in this young team, their new coach, and their new system. There is at least hope in this system, which is something that was totally lacking over the last few years. Part of the problem that Coach Rice has to be running into is the fact that he hasn’t yet felt the impact of any of his recruiting efforts. At times the other night I got the impression that Rice was frustrated with his players checking out for Christmas before the game was over. Towards the end of the game it appeared like he was rotating his players in an effort to get at least one of them to up their game – and it wasn’t happening to any remarkable level at all.

Finally, aside from the poor end result I thought that Austin Tillotson played very well (he’s an aggressive player – as a fan I’m glad he’s on the team). Also, I thought that Jesse Steele had an okay game. Sure, it wasn’t as good as his performance against Fordham University last week, but the entire team played well against Fordham so it was easier for Steele to elevate his own play.