You are here: Home / Sports / Miles Austin is My Favorite Dallas Cowboy, Ever 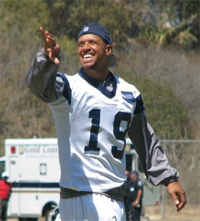