You are here: Home / Money, Jobs, & Finances / When Financial Goals Suddenly Change or How I Bought a Brand New Car!

While I hope it goes without saying, I still think it’s worth writing that one of the biggest contributions this little blog of mine has made to the greater internet world has got to be that planned, stringent budgeting actually works. How many times have I written about my student loan debt? That’s a rhetorical question so you don’t need to answer it, but the answer would be “a lot!” I write about those student loan payments because I see a generation of college graduates that don’t know the first thing about tackling large financial debts. The simple, mostly unobserved truth about tackling large financial debts is – budgeting works.

Through the magic of budgeting you can achieve some pretty amazing financial goals… like paying off about $90 thousand of student loans over an intense, focused three year period. However, we all know that life is a fluid adventure and sometimes the tides change. And when the tides change, sometimes financial goals are forced to change along with them. And thus we have the meat of today’s entry… 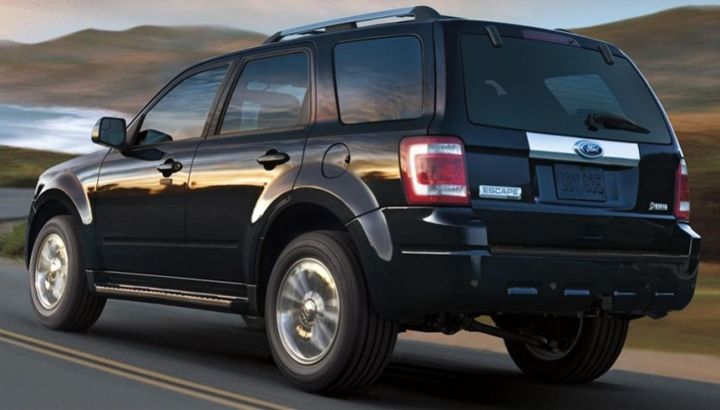 Actually, I didn’t buy a brand new “car” yesterday; I bought a brand new SUV. It was a 2012 Ford Escape Limited Edition, to be exact. And although the picture above isn’t exactly the Escape that I bought, it is the closest thing that I can find online to the model and color of the Escape that I purchased. In fact, my new SUV looks very similar to the one in that picture.

And yes, there is a larger, longer story about why I needed to buy a new car. I won’t go into the details of that decision right now, but I definitely will tell you the story in an upcoming entry on the blog… so stay tuned!

Purchasing this Escape a pretty big event for me for three reasons. First, it’s the first brand new car that I’ve ever purchased. Second, it dramatically alters my strict budget. And third, there is a new level of certainty in what used to be a very expensive part of my financial life. Before I woke up this morning, I woke up every other morning of the 13+ years that I’ve been driving and had a bit of an apprehension about the car I was driving. Sure, that apprehension was much less pronounced when I lived at home with my parents and right after I purchased my 1999 Chevrolet Blazer, but for the majority of the time that I’ve been driving I’ve been driving a beat up old car that just made it between trips to the service station.

If you’ve never been in that type of position with your primary method of transportation, then take it from me – it sucks. There’s nothing that makes a driver of a beat up car’s stomach sink faster than driving along and hearing a weird noise out of nowhere. Whenever that happened to me, I didn’t get frustrated with the machine (because that’s just crazy), but I did get annoyed because I saw money just flying out the proverbial window.

But along with my new car, I made sure to get a 5 year/100,000 mile extended warranty that covers pretty much anything that could go wrong in the car. It also provides an incredible amount of “other” stuff that comes in handy like free towing, free roadside assistance, free gas fill-ups if you run out of gas, free rental cars when the Escape is being worked on, and so on and so on. I know most people say to stay away from these types of warranties, but I’ve had my cars breakdown too many times and been left between a rock and a hard place that I knew purchasing this extended coverage was the right thing to do.

Oh, and last week I became a member of AAA at the “Plus” membership level. I think I’m about as covered as I can be! 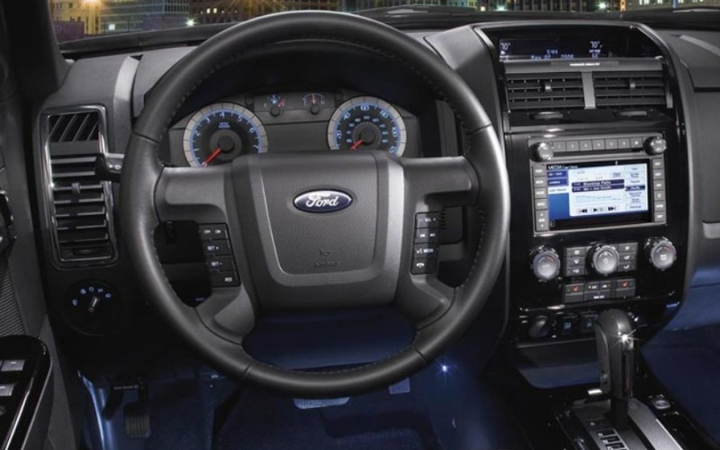 Like the picture above, this one is not a direct image of the inside of my Escape. Instead, it’s a standard picture of the interior of an Escape Limited Edition that I found online. This is pretty much what the inside of my SUV looks like – including the nice touchscreen display in the center. There are a lot of buttons and functions on that touchscreen – I have to sit down to figure them all out. One thing that I know for sure is that there are a lot more functions available with this Escape than are available with the Ford Fusion. And that’s not a knock on the Fusion, but when I sat down in both machines – I knew that I wanted the Escape.

After owning the car for about 24 hours, I’m glad I made that game time decision. It was absolutely the right thing to do.

The reason that I wrote this entry, though, was to let my readers know that this purchase alters my student loan repayment plans. By sticking to an aggressive repayment plan, I hoped to have my student loans fully repaid by December 2012. However, now that I have this machine to pay for, that timetable changes. I owe a little bit less on the truck than I still owe on my student loans so it is an easier debt for me to get my mind around and conquer. Once I receive the final financing papers, set up my online payment account through the finance company, and make my first payment I’ll have a better idea of how much I have left to repay on the car. Suffice to say, it’ll be slightly over $25 thousand for sure.

I have no intention of stopping my student loan repayments (which I could do because of how much I’ve overpaid to date). Instead, I intend to readjust my budget and pay off both the student loan and the car in a reasonable, quick, efficient fashion. A good budget is able to change with the tide.

Again, I won’t go into the gory details of how I was left with no choice but to buy a new car. That brief story will be released on the blog in an upcoming entry. However, I’m glad that I purchased the car that I wanted and didn’t just “settle” for any car on the lot.