Unbelievable. Just when you think there is some good news with the Monmouth men’s basketball team coming back to beat Bryant University the other night and prepping for two more Northeast Conference home games in a row, news comes out that four players on the team are suspended indefinitely due to poor academic performance. Come on! 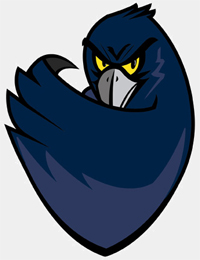 And what’s worse – this is slowly spreading across the New Jersey media. I first heard about the news last night when my roommate told me that the Asbury Park Press was running a story on the suspensions. Hearing this, I went over to the Hawks Nest blog and found the linked article (which I made a comment on, by the way – more on that later). Then this morning I received an e-mail from a friend with a link to a story on the Star-Ledger’s website talking about the suspensions. I’m just waiting for the Pressbox at New Jersey Newsroom to pick up the story and then pretty much all of the sites where I go to get news on the Monmouth basketball team will be covering the story. It’s ridiculous.

The situation itself, though, is pretty pathetic and here’s why. If we believe that there is really an academic problem with these students (and I have no reason to not believe that poor academic performance is the cause for the suspensions), then you have four students who obviously just received their final grades for the fall semester and they failed. Sure, I could go on about how I graduated from Monmouth and the classes aren’t that hard and the students should be able to pass them with flying colors, etc, but that’s not only not the point, it’s also unfair to the students. But what I am pretty aggravated about is the fact that three of these kids are juniors and you don’t just magically underperform academically in your third year of college. If you made it that far in college (especially as an athlete), then you should be performing at a fairly successful level in the classroom.

However, if you’ve made it to your junior year of college and you’re not performing successfully in the classroom and you’re a student athlete, then you shouldn’t be on the team, period. But here’s the part that bothers me – someone had to see this coming with these three junior students! You mean to tell me in a big-time, Division I basketball program that plays in a $57 million building that there’s no one assigned to watch over these student athletes academically? They have no team-based tutor or some other such position that could have said to the coaching staff, “Hey – so and so on the team needs some extra study time because they’re going to fail whatever class.” That doesn’t exist? Come on!

But the biggest concern that I have about this story concerns Jordan Davis, the freshman who is suspended. What is going on at Monmouth that a young kid like Davis can’t pass his first semester classes? Typically, the first semester at Monmouth is filled with 101 or 050 (remedial) classes. These classes are really, really easy to pass because the content is so easy to grasp. Usually first semester classes are more of a test of self-confidence and college preparedness for most college students rather than a test on classroom content. And I don’t really blame Davis for his poor academic performance because if he failed some of these freshmen level classes then he clearly is in need of additional help. And if he’s in need of additional help I absolutely cannot believe that Monmouth was unaware of that fact when they asked him to come and play for them.

Anyway, you’ll remember that a few paragraphs up I reported that I made a comment on the Hawks Nest blog. It was in response to someone else’s comment that, I thought, was dead on accurate. Here is the comment that I responded to:

As usual, the “bunker mentality’ has taken over. Phone calls not returned etc. The spin may go something like this. “After reviewing the events of this past season which the Administration deems to have been out of his control, we will be extending Coach Callowy’s contract for an additional one year period. The Administration feels confident that Coach Calloway will continue to make the progress that was seen last year up until the unfortuante loss of personnel due to academic suspensions.”

Look, I don’t have anything against Coach Calloway or how he chooses to run his team. I’ve never been a head coach and I don’t think that I ever will be so I really don’t have much to say about any of the anti-Calloway stuff going around. But I have been an organizational leader and a public relations person that had to deal with the press and I have a lot to say about the “bunker mentality” that tends to take over every single situation at Monmouth University. Here is the response that I posted to the comment above:

jflan is right about the “bunker mentality” taking over. It’s like my fellow MU alumni and I have been saying for the last two years – there are 57 million different reasons why that bunker mentality needs to be broken at ALL levels of this school’s administrative structure. You don’t get to spend that type of money to build that type of structure and yet hold on to the quiet vestiges of yesteryear.

Time for the MU administration to grow up and answer the questions. Or… they risk keeping the school an irrelevant “hidden gem.”

Like I said in my response above – you don’t get to spend $57 million on a 4,100 seat arena and then start having media blackouts when big stories like this hit your sports teams. It’s well past time for an upgrade in the university’s administration and public relations that is on par with the upgrade in its facilities.